This story is part of Fix’s Mentorship Issue exploring the unique ways climate leaders found their calling, and how new approaches to mentorship are upending old power structures. Check out the full issue here.

Mentorship can be a crucial relationship that shepherds people into successful and impactful career paths. No less so in the climate space, where many activists and executives cite those who inspired and guided them. But for many people of color, so often vastly outnumbered in environmental organizations and the broader climate movement, traditional mentorship opportunities often remain inaccessible, creating barriers to participation and perpetuating structural inequalities.

This isolation can deny Black, Latinx, and others in marginalized communities role models for participating in the mainstream movement; help from those with power to rise through the ranks; and the counsel of those who have gone before them. Leaders of color say we must overcome this imbalance if we are to create equitable solutions to the crisis of a warming world.

“We can’t be replicating the harm that is happening against the earth and against communities within our own mentorship spaces,” says Lyrica Maldonado, coordinator at UPLIFT Climate, a youth-led group based in the Southwest.

Achieving that requires addressing both ends of the mentorship pipeline: elevating those from frontline communities to leadership positions, and creating opportunities for young people to learn from them. Many environmental organizations remain predominantly white, even though low-income communities of color already bear a disproportionate share of the impacts of climate change. Expanding the ranks of BIPOC activists and executives can help ensure the disenfranchised are included in addressing and mitigating those impacts — something a majority of Black and Hispanic people consider essential, but white people are more likely to overlook.

To that end, a growing number of climate organizations are launching youth fellowship programs and creating other inroads to inclusive mentorship through community, entrepreneurship, and leadership training. Others, such as the Sunrise Movement, Zero Hour, and Earth Uprising, are creating networks of young activists across high schools and universities, and through social media. But recruitment is not enough — experts say youth must be empowered, respected, and seen as capable of leading.

Fix spoke with six climate and environmental justice leaders about their visions of inclusive, expansive mentorship and why it is important for the future of climate work. Their responses have been edited for length and clarity.

Moses Wamalwa, program manager at Action for the Climate Emergency in Pittsburgh, where he mentors high school students in the Action Fellowship

“Once you acquire some level of knowledge, it’s your turn not to hoard that knowledge, but to let it percolate through the community.” 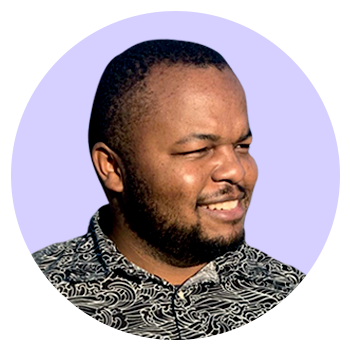 In the Black community there’s this term, “each one teach one.” You teach one, they teach one. ACE is trying to model that with our distributed-organizing model, where fellows that we had [are] now running their own fellowships. I think that’s a really powerful strategy. Once you acquire some level of knowledge, it’s your turn not to hoard that knowledge, but to let it percolate through the community.

Before I worked at ACE, I knew about the climate movement but very much as a removed, distant concept. When I joined ACE, I had to educate myself around climate change, what’s causing it, what it’s impacting, and who’s being impacted. As a result, people in my family and in my community gained that knowledge. That’s why it’s so important to make [mentorship] inclusive, because then you pull in people who previously the climate movement was not engaging. I don’t think I’m stepping out of line to say this, but for a long time the climate movement was very white.

Gen Z has this amazing thing with breaking barriers between genders, between race, between social classes, and they’re able to really engage with other young people. The more young people who are brought into this space, the more powerful we grow as a movement, and the more impact we’ll see.

“We don’t have control over our identities, but we can control how we navigate through spaces.” 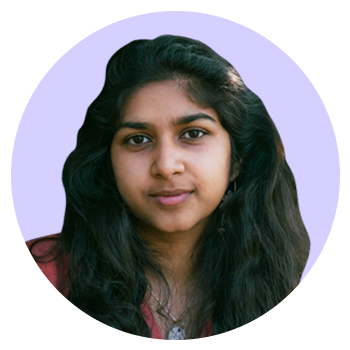 I attribute a lot of the stuff that I’ve learned to two mentors: Natalie [Mebane] is Black and Sebi [Medina-Taybac] is Indigenous, and they have such different perspectives than I do. I’ve learned so much about Indigenous people and community, and I’ve learned how Black women carry a lot of emotional burden in organizations.

To the point of [mentorship] being accessible, you really just have to reach out to people. That’s how [Natalie and Sebi] and a lot of our other mentors got involved. We just sent emails to them: “Hey, we’re starting this, we don’t have much experience.” Our space is youth-led, but there were so many adults giving us advice, and they gave us the space to have most of the power in the organization.

[Listen: Climate leaders in conversation with their mentors]

All climate organizing should be inclusive. I think now more than ever, white people need to take a step back. This is really the time for Black, Indigenous, and other people of color to step up in movement organizing. We don’t have control over our identities, but we can control how we navigate through spaces. In order to do that we need to make sure that everyone’s being supported. And to make sure everyone’s being supported, we need to have leaders who have been impacted the most.

“Inclusive mentorship looks like having the diversity that we see in our cities reflected in design, architecture, and urban planning.” 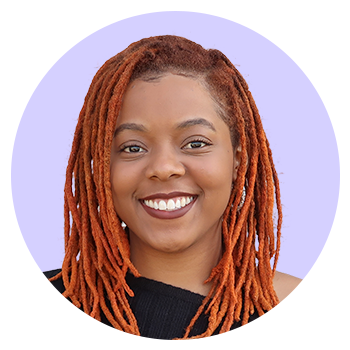 There are a lot of grassroots organizations working to increase those numbers. With WATER BLOCK Kids, we’re very intentional about exposing design to elementary age [children]. And that’s not to say that they’re going to become designers, but at least they can start to be more aware about the context of their environment, and know the different decisions being made around them and how they can be a part of it.

Historically, Black and brown communities in particular have not had a voice in how our built environment has been shaped, especially if we look at our cities. And design has played a large part in that conversation, simply because design decisions impact every aspect of our lives, including housing, food, health, transportation. Yet the field has been led by white men. We’ve slowly just been able to be a part of this field, in a formal sense anyway. So now we are trying to build up those numbers in this space where we have historically not been included.

Cristina Garcia, assistant director of the Building Electrification Institute and founder of Latinxs in Sustainability in New York; 2021 Grist 50 honoree

“I think good, inclusive mentorship is having someone who has a profound understanding of your challenges.” 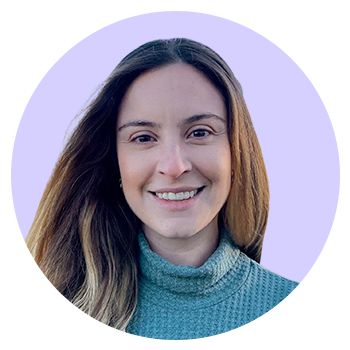 I think good, inclusive mentorship is having someone who has a profound understanding of your challenges, because they have either lived through it or have been professionally trained to understand those nuances — like growing up in a house where English isn’t their first language or being a first-generation college student. I think inclusive mentorship is also going to require, in an ideal world, organizations — whether that’s internal ERGs [employee-resource groups] or external ERGs like Latinxs in Sustainability — that promote partnerships with local colleges to seek out those mentees.

We want Latinx representation in any facet of climate change decision-making and the sustainability conversation. The simplest thing I can do [to achieve that] is to raise awareness of the challenges that continue to lead to the Latinx community not being involved. Sustainability at its core is about preserving our earth to protect our people. It means we need all people at the table, making decisions about how to protect the earth and the people.

Lyrica Maldonado, education and fundraising coordinator at UPLIFT Climate in Albuquerque, New Mexico, which mobilizes people to advocate for climate justice solutions across the Southwest

“People deserve mentors who come from the same places and have had similar experiences.” 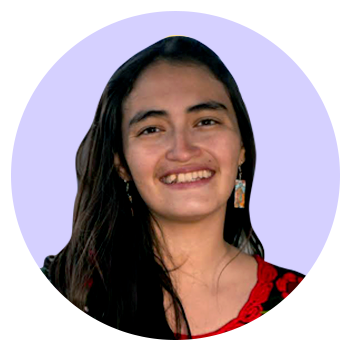 Most of my teachers and professors in college were white, and that’s OK, but I think it would have been great to have seen mentorship reimagined in the way of our grandparents as mentors, or elders in our community as mentors. I come from a partially immigrant family so am partially removed from my grandparents and wider family. But I wish I had mentors that spoke my family’s native language, for instance, or who were immigrants themselves, or who were queer.

When people talk about climate solutions, they’re often very technical and science-y, but I think a climate solution is young people learning their traditional languages. If we remove people from their communities, we’re not bettering the climate movement at all. If we don’t allow people access to their lineages or their cultures, that hurts the environment. That’s where the climate crisis begins, that connection being broken.

People deserve mentors who come from the same places and who have had similar experiences. But I think to go deeper, if we restore our connection to community and connection to family, culture, all of that, there’s a lot of healing that takes place there, too.

What it boils down to is reviving that connection, and I think mentorship can be a way of doing that.

“I’m not 100 percent sure if it’s organizations that need to be responsible for mentorship as much as it is individuals who need to be.” 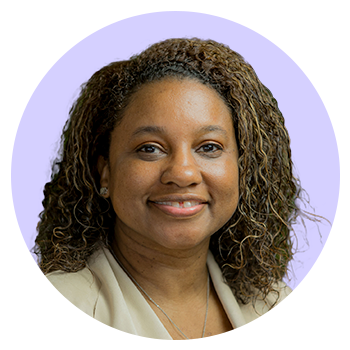 Inclusive mentorship is just an expanded idea of what we have traditionally always thought mentorship is: an open relationship between folks who are invested in each other’s growth.

Sharing opportunities is key. That can be having one-on-one conversations, sharing opportunities for work, or inviting folks to meetings or spaces that you’re a part of. It’s really about trying to be a door-opener. I have had access to spaces that I would not have unless someone was looking out for me or remembered that I had expressed interest. Even today, I’m really surprised to show up in spaces and be the only Black person or the only Black woman in a room.

I’m not 100 percent sure if it’s organizations that need to be responsible for mentorship as much as it is individuals who need to be responsible for mentorship. I do think there is a shift that’s been happening over the last few years from traditional internships [to] understanding that we need to pay our interns or that maybe a fellowship is the model. There are a lot of incredible professional and trade associations that host mentorship opportunities and do pairings. I think that’s really important.

It starts with people whose work ethic you want to model. My first mentors were people who just worked hard and cared about me, and who also took me under their wing to talk to me about certain experiences and offer me opportunities. Showing that age and gender diversity in whom I consider mentors goes back to this term, “inclusive mentorship.” We want to make sure that it’s as big a tent as possible and that there are no barriers.