As the world watches bushfires take a massive toll on Australian land, wildlife, and people, experts in indigenous fire management are reporting an uptick in interest in their work. These ancient techniques, which involve setting small fires during dry periods in order to moderate larger wildfires, are already proving their potential in places like Northern Australia, where so-called cultural burning has cut destructive wildfires by 40 percent over the last decade — and significantly curbed greenhouse gas emissions in the process.

The experiences of indigenous fire experts in Canada and the U.S., however, show that incorporating these techniques into other national and state-led forest service management plans may not be easy.

One Canadian expert says that, despite growing support for the use of cultural burns, bureaucratic obstacles and modern society’s pervasive fear of fire are blocking efforts to incorporate indigenous approaches on a broader scale, across communities and provinces in Canada. “It’s really easy to say we need to do cultural burning, and we need more, but what I’m seeing in Canada is the constant struggle between [First] Nations and [wildfire] agencies about how we actually do this in reality,” said Amy Cardinal Christianson, a descendent of the Métis and Cree people of Canada who works as a fire research scientist with the Canadian Forest Service.

States like California, however, offer a sliver of hope. The United States Forest Service is already incorporating indigenous techniques into fire management projects and is working with tribal leaders on land stewardship efforts, thanks to collaborative partnerships that have been piloted in ancestral territories of the Karuk tribe in northwestern California.

U.S. Forest Service research ecologist Frank K. Lake, a descendent of the Karuk tribe, helped shepherd this groundbreaking partnership. “There are solutions we have in our knowledge and in our management approaches that can help restore these ecosystems and can also benefit the public,” he told Grist.

Unlike the prescribed burns commonly used in modern forest management, cultural burns are not solely aimed at hazard reduction. Indigenous people throughout the world have used the practice to modify the landscape with fire, encouraging vegetation regrowth and a more nutrient-rich habitat for humans, animals, and plants on their territories.

According to Cardinal Christianson, Canada’s First Nation people have two objectives when they practice cultural burns: maintaining practices central to their culture and keeping the land suitable for a subsistence lifestyle. The cultural objectives vary from nation to nation within Canada, but they will often involve the protection of a species that is culturally significant for a tribe. An indigenous nation that focuses on fishing will burn riverbank brush to improve the river’s water quality, for example, or light a cultural burn that sends smoke into the atmosphere to cool the temperature of a river, she said. A hunting nation that relies on moose or deer might burn to control ticks, open trails, or spur new grass growth.

In Canada, cultural burns are controlled and take place during low-risk conditions, such as early spring or late fall. The fires are low-intensity and move slowly through the understory, the plant life underneath the forest canopy. Most importantly, Cardinal Christianson notes, the process is informed by close, real-time observation. For example, a Peavine Métis Settlement tribal elder once told her that he knew exactly when to burn by examining whether spruce needles on trees were dry. This observational approach by the First Nations is at odds with Canadian fire management agency protocols, which require official approvals and oversight for controlled burns and limit them in some areas to just once or twice a year due to health and safety regulations, she said. 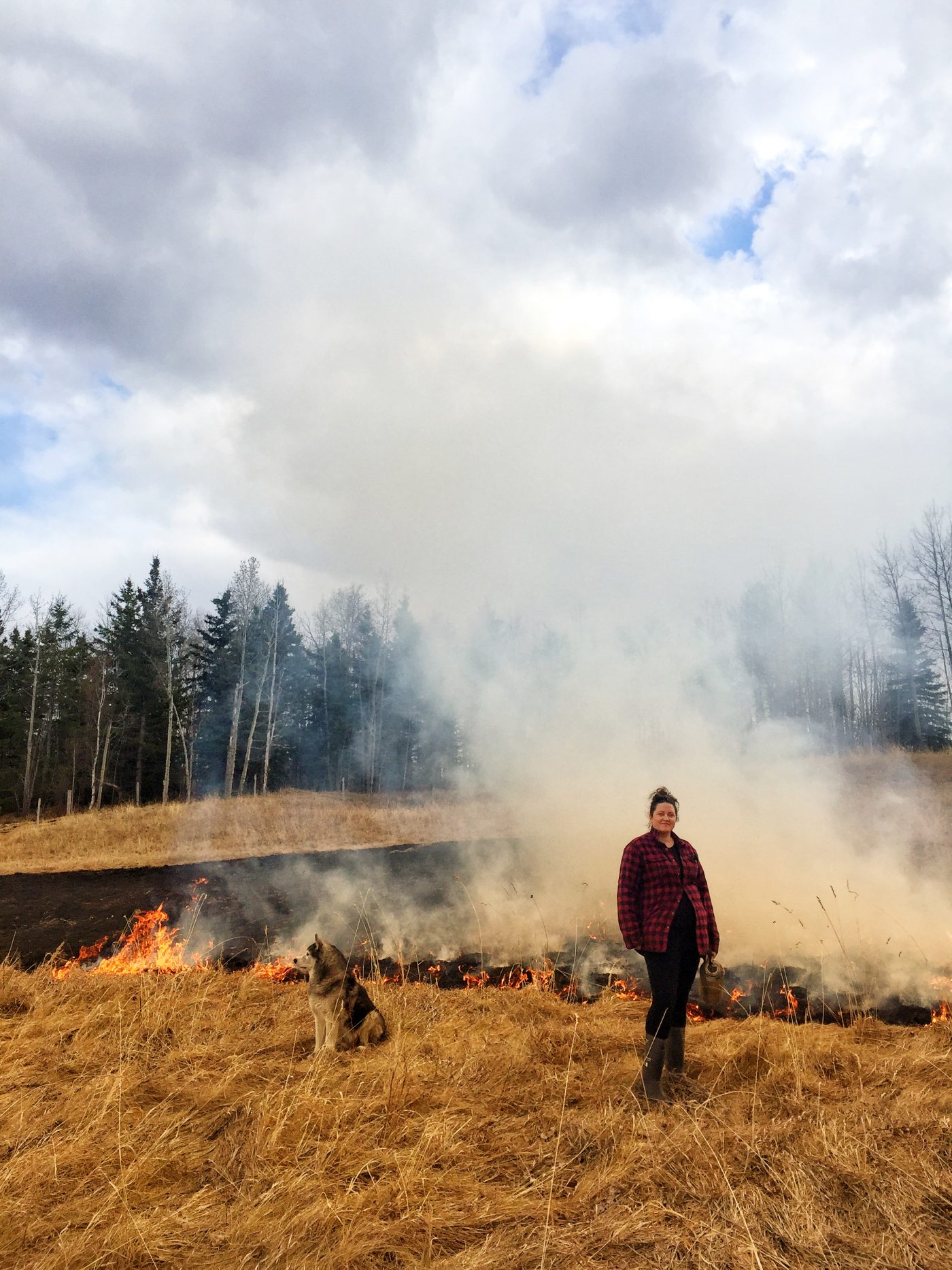 With concerns growing around the increased risk of wildfires due to climate change, some First Nations in Canada are now working to reclaim cultural burning practices and use them more widely on their territories. As part of an ongoing climate adaptation program, Cardinal Christianson is participating in research aiming to help policymakers and wildfire management experts develop wildfire mitigation strategies that incorporate cultural burns. The Revitalizing Traditional Burning project, which launched in 2017 and just received a three-year extension, has created community-based burn plans that combine local indigenous knowledge, cultural values, and burning practices with non-indigenous prescribed fire techniques. The ultimate goal is to enhance First Nation territories’ resilience in the face of climate change.

Despite increasing public excitement and support for cultural burns, modern prejudices have thwarted the techniques when they are put into practice. When non-native communities spot a plume of smoke, they often report the fire to authorities out of fear, said Cardinal Christianson. She believes that the concept of fire as a tool of environmental stewardship needs to be internalized more widely.

“It’s something that can not only enhance your ability to live on the land but also reduce your risk of those big fires,” she said. To open a wider dialogue on indigenous fire stewardship, Cardinal Christianson launched a podcast series last September called Good Fire. It features experts from around the globe and aims to educate listeners about the positive effects of fire.

Growing up along the northern California coast, Frank Lake saw firsthand the battles his grandfather and the elders of the local Karuk and Yurok tribes faced over how the government managed local ecological resources — everything from control of fisheries to the construction of logging roads. (Lake is a descendent of the Karuk tribe, and his half-siblings are from the nearby Yurok tribe, so he identifies with both.)

He knew there had to be a better approach, one where the government and local tribes could collaborate on shared goals. Early in his career, Lake worked as a fisheries habitat biologist for the Hoopa Valley Indian Tribe, but when the massive Megram fire hit the region in 1999 he saw an opportunity to bridge the needs of the tribes and the forest service. Local tribes were concerned that wildfires would jump from government-managed lands onto their reservations. The agency was grappling with how to mitigate the effects of these fires as well, including by restoring salmon — a culturally-significant species that is also an economic and dietary staple for local tribes — to the burned watershed. Lake saw a connection to indigenous practices that his tribal elders had shared: Intentional fires could reduce the amount of trees in the forest, which in turn could increase the flow of spring water to the rivers.

Lake, who had served as resource advisor for the Hoopa tribe during the Megram fire, began to share tribal perspectives on resource stewardship with the U.S. Forest Service. Most fire agencies at the time were focused overwhelmingly on fire suppression. The missing element, said Lake, was the tribal understanding that “fire is medicine” — that cultural burning can be prescribed to better manage the ecosystem. 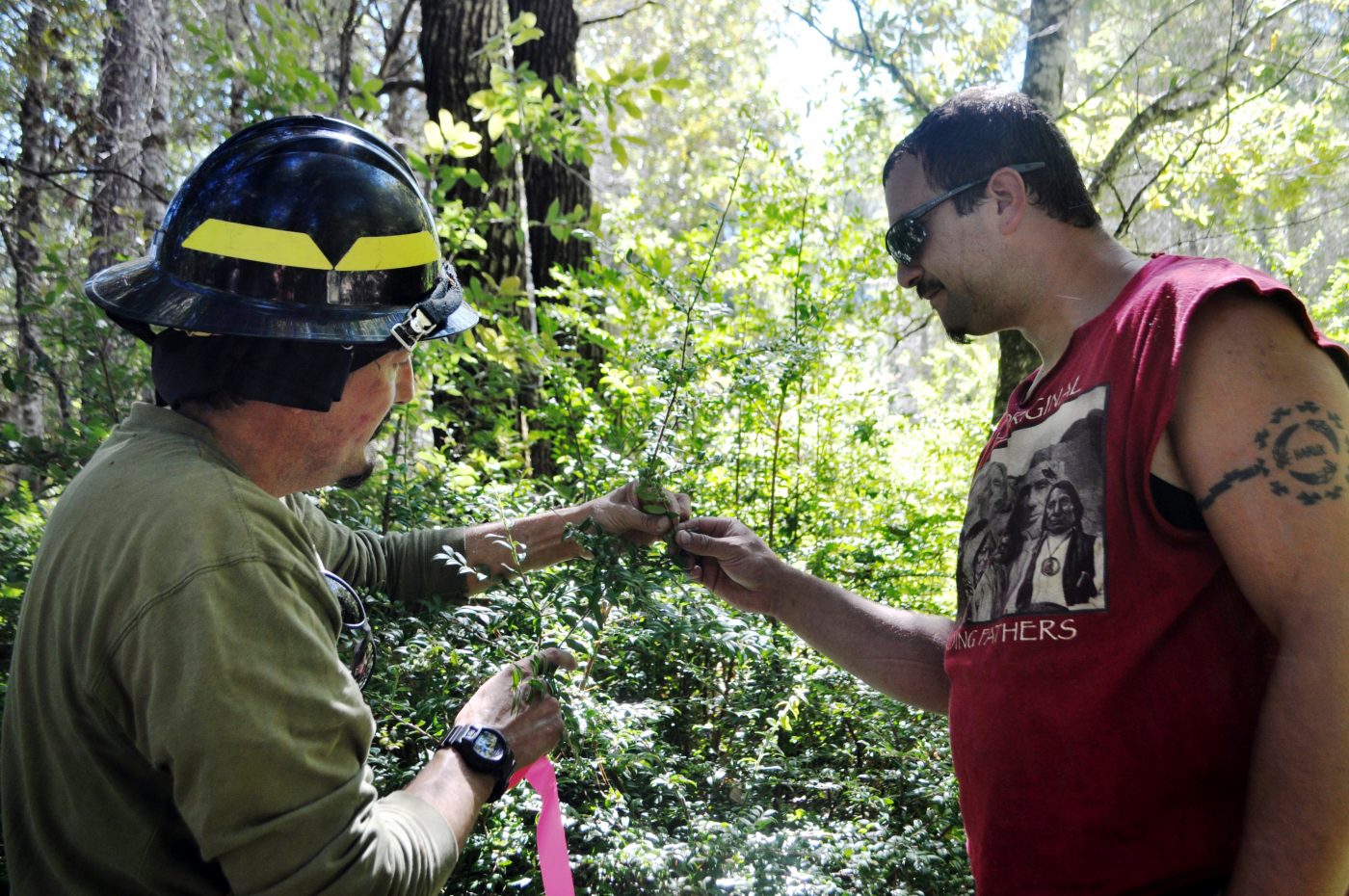 The U.S. Forest Service, which manages the forest within these tribes’ ancestral territories, was supposed to consult the tribes about projects and planning. But the tribes didn’t have a direct role in the decision-making process, according to Lake. That began to change in 2013: The Western Klamath Restoration Partnership, a collaborative including tribal groups, the forest service, and non-governmental organizations in northern California, began working to create a planned approach that would restore fire resilience using the traditional ecological knowledge of the Karuk Tribe.

The partnership’s first project, approved in 2018, integrates Karuk fire traditions and cultural burning techniques on U.S. Forest Service-administered lands in the Klamath and Six Rivers National Forests. The project plan notes that sugar pines are the most prized ignition source for cultural burns, and it describes how the tribe strategically cultivated these pines in the landscape along ridges.

Thanks to input from tribal experts, the plan also provides cultural context. For example, it explains that pine roots and needles are valued for basket-weaving and also symbolize the tree of life in tribal ceremonies. The plan was praised at the time for signaling “a new era of collaboration” and representing a new policy approach for the U.S. Forest Service. Lake described it as “one of the first of its kind.”

Today Lake also works as a coordinating scientist for the partnership. He collaborates with tribal members to gather data to help restore fire’s place within the community — as an ecological and cultural process that is a natural part of the environment. This work includes sampling trees, understory vegetation, and fuels within a network of forestry plots to better understand the ecological condition of the forest.

Lake’s hope is to continue building upon this research to develop the best scientific data available, help inform policy at the state and national level, and empower other communities to do similar collaborative work. It gives him pride to see local tribes benefiting from cultural burns: picking huckleberries, mushrooms, and other food that can decrease obesity and improve mental health and wellness.

“The really meaningful part is to see on the ground what the elders wanted… areas that are thinned and burned. And I can go there with my kids and gather basket material and support basket-weaving, and gather our traditional foods like huckleberries and mushrooms and acorns,” said Lake. “With my hard hat and my field vest and my clipboard collecting data, I can fulfill that spiritual responsibility and obligation that [fire] plays in my community and culture.”

How do we fix America’s fertilizer problem? Look in this ditch.