Just a month before he won the U.S. presidential election in 2016, Donald Trump vowed to spend his time in office systematically slashing government rules. “I would say 70 percent of regulations can go,” Trump told a crowd of town hall attendees in New Hampshire. “It’s just stopping businesses from growing.”

Now, four years later, it looks like Trump did his best to keep those promises. Over the course of his term, Trump has erased or watered-down dozens upon dozens of regulations designed to keep pollutants out of the water, air, and soil. He has allowed oil and gas companies to leak planet-warming methane into the air. He has told power plants that they can keep emitting dangerous levels of carbon dioxide. If all those rules stand, according to one analysis, they will be responsible for 1.8 billion metric tons of additional greenhouse gas emissions by 2035.

With President-elect Joe Biden preparing to move into the White House in January, this anti-environment era is about to come to an end. Biden has promised to re-enter the Paris Agreement, prioritize climate change across the federal government, and push for sweeping clean-energy legislation. But putting the most ambitious plans in place will prove especially difficult if Republicans keep control of the Senate. (Democrats will have one more chance to recapture the chamber in two Georgia runoffs, though they’re facing tough odds.)

Even without the Senate, Biden could immediately get to work reinstating many of the environmental protections that Trump dismantled. But it won’t be easy; reversing some of Trump’s worst regulatory rollbacks could take years. Here’s what Biden could do to reverse Trump’s anti-regulatory rampage, ranked from easiest — things that could be done with the stroke of a pen — to hardest.

Presidents can issue as many executive orders as they like, and Trump took that principle to heart in during his four-year term. In March 2017 Trump bragged that he’d killed Obama’s signature Clean Power Plan with an executive order and his Sharpie: “Did you see what I did to that? Boom. Gone.”

Biden could just as easily cancel Trump’s orders. A group of scholars from Columbia University’s Sabin Center for Climate Change Law has written a proposed executive order that Biden could sign on his first day in office, instantly revoking this executive order and a dozen others. Boom. Gone. 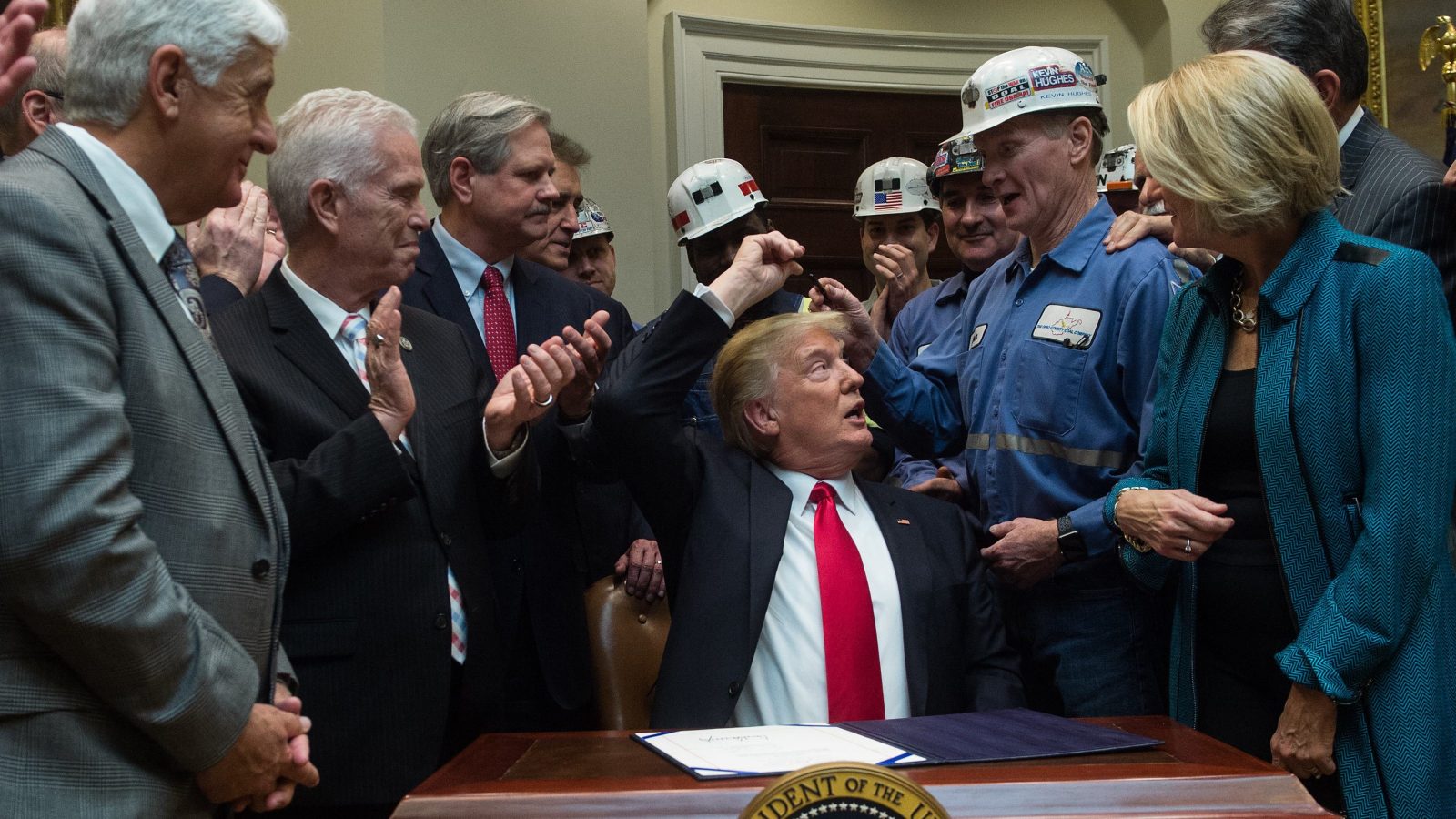 President Donald Trump hands coal miners the pen he used to sign a bill eliminating regulations on the mining industry in the Roosevelt Room at the White House in Washington, D.C. Nicholas Kamm / AFP / Getty Images

Well, about that “boom.” An executive order is like placing an order at a restaurant: You can say what you want in an instant, but it takes time for cooks to prepare the meal. Trump was wrong when he said the Clean Power Plan was gone in 2017. He’d simply ordered the EPA to get rid of it. It turns out, you can’t just trash finalized rules without a new one to replace it. It took bureaucrats two years to cook up the Affordable Clean Energy rule to finally stop the Clean Power Plan.

Biden will face the same wait time. The easy part is ordering agencies to revoke Trump’s rollbacks. It will be hard to actually change the rules the Trump Administration’s bureaucracy successfully finalized (see below). Civil servants have to generate a lot of paperwork to carry out Biden’s orders.

Some of Trump’s rollbacks could be easily thwarted with a pen stroke. For example, Trump’s EPA has been trying to loosen rules on new coal power plants, so that they would be free to emit 2,000 pounds of carbon dioxide for every megawatt hour of electricity they produce. If Biden orders civil servants to stop working on this new rule, then the current limit — 1,400 pounds of carbon per megawatt hour — stays in place, keeping coal unprofitable. The scholars at Columbia’s Sabin Center have identified eight other nascent changes that could be killed off just as easily. They include everything from the Trump administration’s efforts to harvest more timber from the Tongass National Forest in Alaska to relaxing efficiency standards for dishwashers.

Trump made one of his biggest moves to keep Americans hooked on fossil fuels came last year when he revoked California’s ability to set stricter pollution standards for cars, an arrangement that had lasted half a century. Back in 1967, then California Governor Ronald Reagan negotiated with the EPA to allow the state to set its own tailpipe-pollution rules as long as they were more stringent than the federal standards.

Taking away California’s waiver is expected to increase greenhouse gas emissions by millions of tons per year, and lead to drivers buying more than 2 billion additional barrels of petroleum a year, according to the nonpartisan climate policy think tank Energy Innovation. That’s because California’s rules shape the auto industry.

“It’s a big deal because 13 other states follow California’s rules, and in sum it covers 40 percent of cars sold in the country,” said Ann Carlson, an environmental law professor at the University of California, Los Angeles. 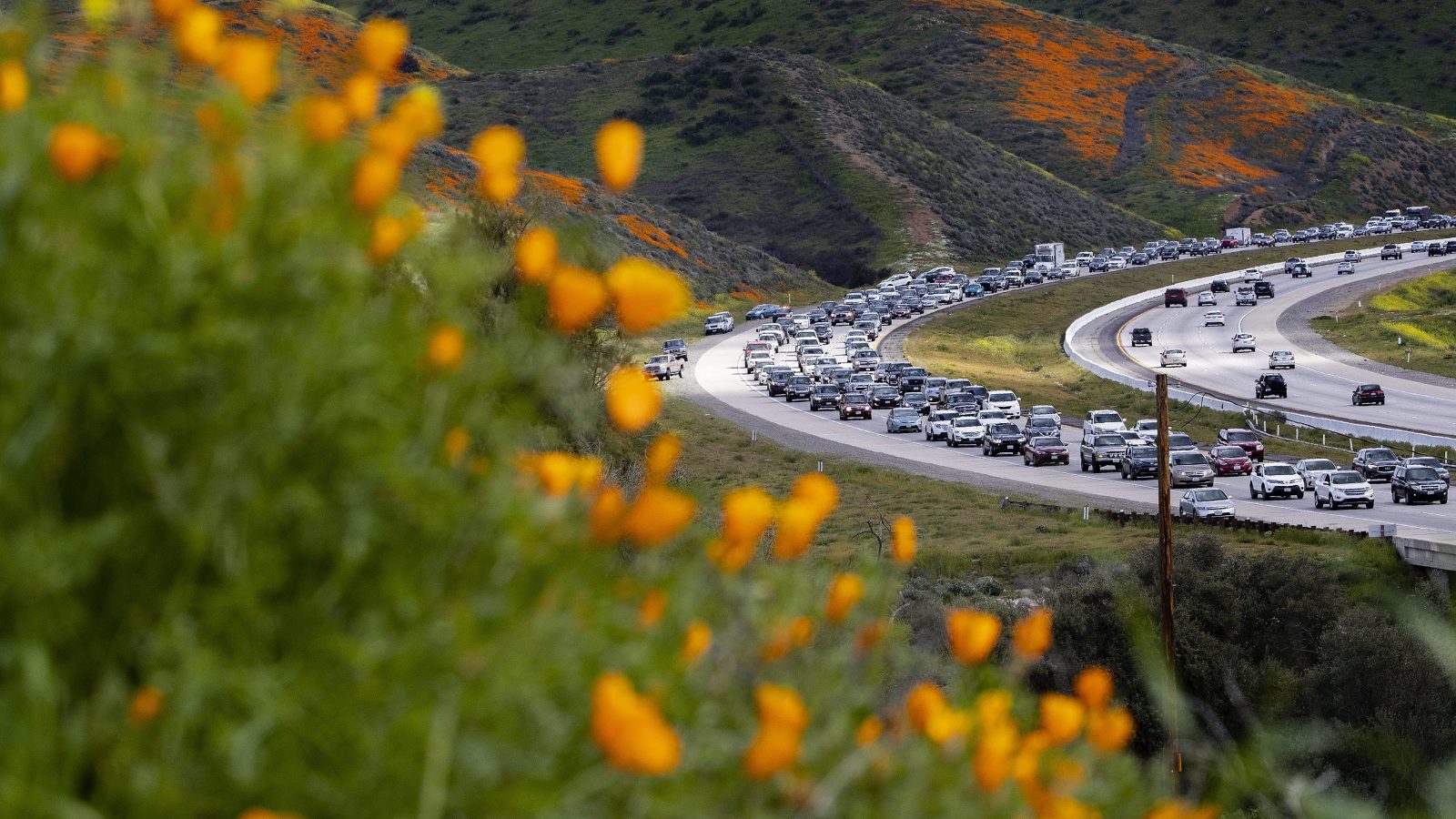 Biden could simply stop the Justice Department from arguing against California in court, and start the process of reinstating the waiver. This happened before, so we know how long it might take: President George W. Bush also revoked California’s waiver in 2007, and it took Obama a year and a half to reinstate it. It took a while to broker a deal between California, the federal government, and the auto industry. And then there’s always the paperwork and the process.

Another middling option: Killing the Keystone XL pipeline. Biden’s campaign highlighted his opposition to the pipeline under the Obama administration and said that Biden “will proudly stand in the Roosevelt Room again as president and stop it for good.” That’s entirely within his power. But it will trigger an avalanche of lawsuits. Companies have already begun digging trenches and welding pipe. The U.S. made a deal with Canada to let the pipeline proceed. If Biden calls backsies, it would keep a phalanx of lawyers busy for years.

Washington, D.C., is an old-growth forest of red tape. It takes time to change anything, even policies just launched in the previous administration. And the most difficult Trump policies to unwind will be the ones that have already made it onto the books — which just happen to be some of the worst for the country’s air, soil, and water. Trump’s new rules on methane emissions, carbon dioxide pollution, and protected waters have all been “finalized” under his administration. That means they can’t be easily replaced without the Environmental Protection Agency writing up new rules.

“It will take time,” said Michael Burger, director of the Sabin Center for Climate Change Law at Columbia University. “At a minimum, I think it would take one to two years to put new major rules in place.”

The problem is that the Biden administration won’t want to simply repeal the Trump rules — they’ll want to replace them with stricter versions that can survive legal challenges brought by big polluters. And that means marshaling scientific justifications for updating the watered-down regulations.

“It isn’t just a pendulum swing, left to right, left to right,” said Oday Salim, assistant professor of law at the University of Michigan. According to Salim, once one presidential administration finalizes a regulation, the legal burden is on the next administration to prove why it should be revised. “They’ve got to give some rational explanation for why the change to the rule is okay,” Salim said. “So that makes it a little bit more challenging.” 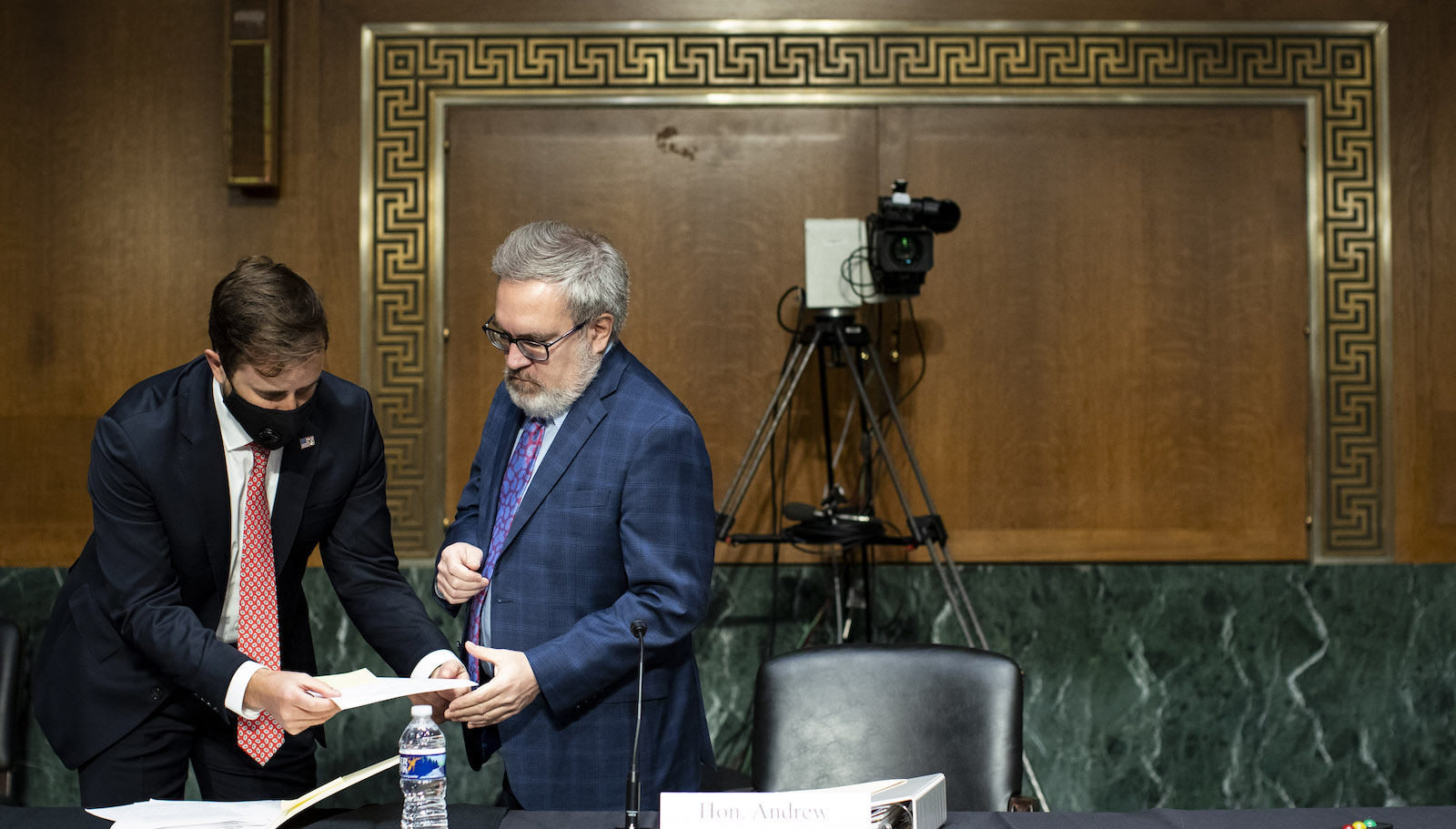 Andrew Wheeler, administrator of the Environmental Protection Agency at a Senate hearing in May. Al Drago-Pool / Getty Images

The good news is that many of Trump’s rules — particularly those that were passed when scandal-ridden Scott Pruitt was the head of the EPA — didn’t pay much attention to the whole “rational explanation” principle. That’s why a lot of them are still held up in the courts. All that litigation will make it easier for a Biden administration to argue that they should be repealed and replaced — but it’s also a sign that the new administration will need to tread carefully to avoid the same mistakes. “The Biden administration is going to want to do it right,” said Ricky Revesz, professor of law at New York University.

Biden was the first presidential candidate to make climate change a top priority of his campaign, but he can’t wave a magic wand and simply eliminate all trace of the Trump legacy as soon as he enters the White House. It will take time, measured in years, not months, to make the most substantive changes.

“You read descriptions of the process and it sounds like flipping a switch,” said Barry Rabe, professor of public policy at the University of Michigan. “But the quick things tend to be somewhat superficial. The deeper and more significant the action, the more likely you are going to bat a hornet’s nest.”

Still, experts say that Biden’s presidency will be a welcome relief, even if progress goes much slower than advocates want. It will be a chance to get one of the world’s most powerful (and biggest) polluters on track when it comes to climate change — after four years of Trump, a president who spent much of his time trying to make it all worse. “Just think what it would have been if he had been re-elected,” said Betsy Southerland, a former director of science and technology at the EPA. “I don’t think there would have been anything left. At least we have a chance now.”